Rijndam is a fictional city in Dutch style (made by Sjoerd Ydema), located along the river Rhine, with a metro network inspired by several different Dutch and non-Dutch metro networks.

There are seven versions of the Rijndam network; 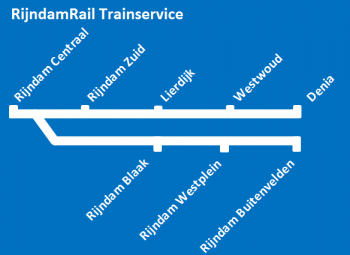