I think all this will be released together with Beta 3.15
KHARKIV METRO IS THE BEST!!!

It will be great driving the 1700 out to Delfsblaak ! and on Rijndam Zuid on RIjndam!
Top

Small update on the ICF carriages;
There will be 3 variants: The repaintable carriage will also be delivered in a NS 2nd class livery, but you can change that as you like (including changing it to 1st class, or 99th class (and making the seats invisible)

). The color of the seats, and the 'class & number of seats' label inside, can also be changed. 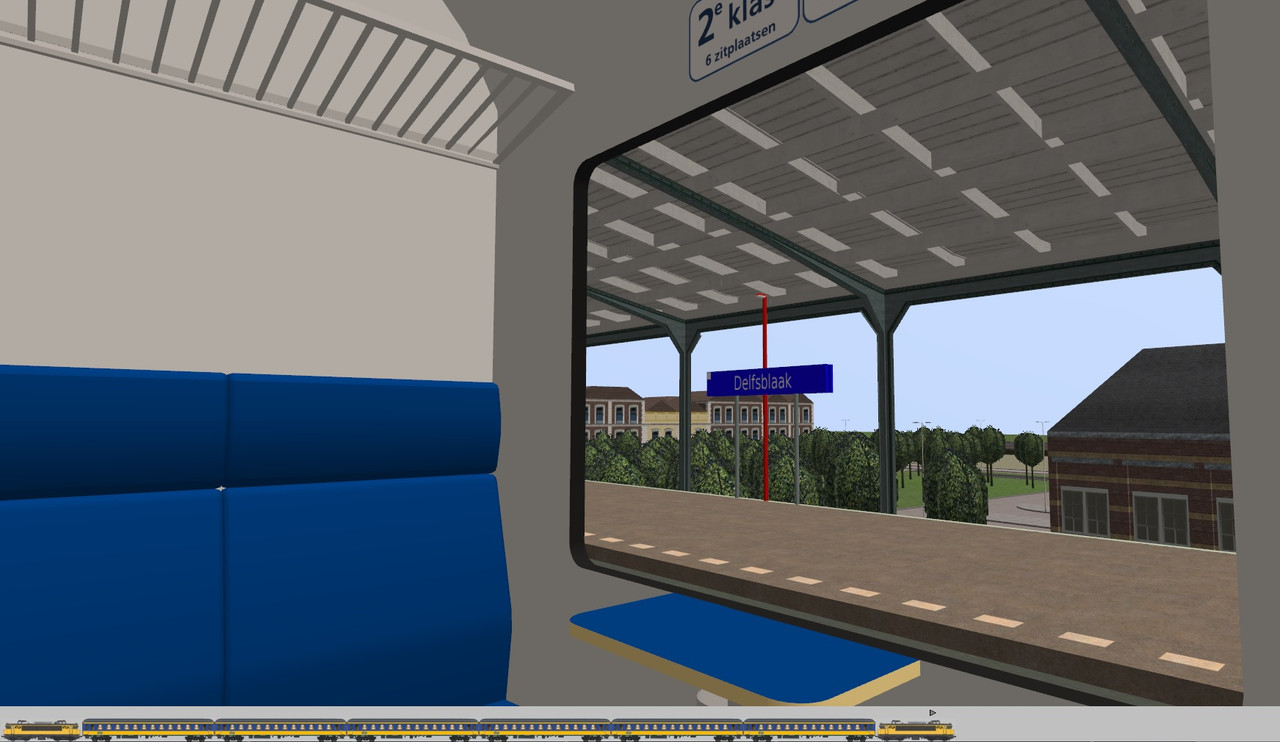 Will the ATB-EG system get its own page in the wiki?
This is now a dead account.
Top

I agree. After their release, I don't have to use those SG4, SG2 Bursa trains and KTM Citylink trams for simulating rail traffic. Oh BTW if you think, that'll motivate me to add Czech national rail stuff into metrosim in the future, then hell nah! There are 3 types of electric locomotives in Czech republic.

1st: DC only. These locomotives runs only on 3 kV DC and they're labeled with 1xx serial number. For example, locomotive 151 series (nicknamed "Banana" due to old bright yellow livery in color of peeled banana or "Rat" due to it's horn sound resembling rat's squeaking) is DC only locomotive used for passenger express trains.

2nd: AC only. These locomotives runs on 25 kV 50 Hz AC and they're labeled with 2xx serial number. For example, locomotive 240 series (nicknamed "Fiberglassy" because of interior made from fiberglass) is AC only locomotive used for cargo transport.

3rd: multisystem. These locomotives can handle both DC and AC and they're labeled with 3xx serial number. For example locomotive 362 (nicknamed "Ace" wich is a czech pun on prototype number which was containing acronym ES at the beginning) is multisystem locomotive used both for passenger and cargo transport.

So in real life, feeding 1,5 kV DC into czech DC only locomotive which requires 3 kV DC for operation is a huge nonsense. The said locomotive will be slow and weak, unable to operate properly. So that's the reason why I won't add any czech national rail stuff

Why? ATB and ATB-EG are similiar, so there's no need for doing it.
If you want to make a very fast ride, just disable ATB/ZUB, put trottle to 1.00 and enjoy.
In my Avatar is a Logo of a Prague metro.
Sorry for my bad English. I am Czech and i am learning English
Top

Well because it has it's own unregistered link in the wiki.
This is now a dead account.
Top

Indeed; it's better to make a section in the ATB article.
Top

They are as similar as an apple and an orange.
Top

What do you mean?! That ATB and ATB-EG are different?! Bull[expletive censored]!

AFAIR, The ATB and ATB-EG works on same manner, sending signals through the rails to the trains. Train has special inductor coil installed near 1st bogey, which receives signals and train decodes them as speeds (similiar to ARS in Russia). If there are some differences between ATB and ATB-EG, feel free to post them here.
If you want to make a very fast ride, just disable ATB/ZUB, put trottle to 1.00 and enjoy.
In my Avatar is a Logo of a Prague metro.
Sorry for my bad English. I am Czech and i am learning English
Top

No need to get triggered over protection systems buddy.
This is now a dead account.
Top
Post Reply
2483 posts