Today, SCP foundation released another record about SCP subject. Here it is

Special containement procedures: SCP R2022 has to be parked at siding near depot at Molenwijk district in Rijndam, Netherlands, when not in use and all pantographs must be lowered down to keep it in "sleeping" state. The special pantograph locking device must be active and locked to prevent SCP R2022 from raising it's pantographs, if it's acidentally "awoken." As a safety method. If the containement procedure above fails, a derailer device is installed in the direction to open rail, due to fact, that SCP R2022 is afraid of derailing and doesn't try to pass through the derailer device. SCP R2022 can be used as a regular locomotive of it's kind, and it's recommended to let it "drive by itself," unless the subject is unfamiliar with the location or route where it is and requires "guidance" or if it's asked for permission and permission is granted. Then it's safe to take control of the subject and drive it. If subject is angry or provoked to attack and pantographs are raised. It's important not to enter the track in front of or behind of the subject, as it can suddenly charge froward or backward. The level 3 foundation personell or high rank Nederlandse Spoorwegen personnel is then required to calm subject down, lower the pantographs and lock them in the lowered position to prevent subject from movement, until it calms down.

Description: SCP R2022 is a Bombardier TRAXX multisystem electric locomotive with ID number E 186 022 painted in Nederlanse Spoorwegen (National dutch rail company) NS livery. the subject looks like a normal TRAXX locomotive, but it's anomalous property is a full sentience and ability to "talk" through it's traction motor inverters. SCP R2022 understands and can talk in dutch, german, english and czech, although it sometimes confuses the languages when "talking" to multiple people using the multiple languages. The origin of subject's anomalous properties is unknown and when subject is asked about them, it answers: "I don't know. One day, I woke up at Amsterdam Depot and one man told me: Well I think you're ready for your job TRAXX."
The special device was installed on subjects roof to lock it's pantograph when not in use, although the subject complained about frustration, when it's "restrained." SCP R2022 is very friendly to Nederlanse Spoorwegen personell and loves to help with anything it can do, suggesting, that the subject is workoholic. It's a bit harsh to foundation personell, sometimes calling them "a nosy [expletive censored], who won't stop bothering you." It's very distrustful to other, for it "unknown" people, often "watching" them and "asking" them, who are they and what they want. Also the subject doesn't mind about trainspotters and only honks, if a trainspotter is too close to a track, warning him/her to stay back and do not get hit by the subject.
Despite it's friendly nature, SCP R2022 can be angered and provoked to attack. It "attacks" by charging forward or backward,(depending on location) to person, who angered or provoked the subject, in order to hit them and injure/kill them in the process. If subject misses the charge, it stops and curses at the person who angered the subject or provoked the attack. See addendum R2022-2 about incident R2022-A. SCP R2022 is very afraid of derailing and sometimes told some NS personnel about nigtmares of derailing in a curve, due to excessive speed, entering a incorrectly set junction leading to derailement and about hitting huge vehicle on level crossing and derailing

Addendum R2022-1: SCP R2022 came to attention of foundation when dutch driver complainted about "TRAXX locomotive, which has mind on it's own and disobeyed me, until I hit it strongly into upper part of the dashboard, which helped." After stopping at Zeeburg, SCP 2022 asked driver, where is it and that it was knocked out by that hit.

Addendum R2022-2 incident R2022-A: At 27th of february 2022 in Zeeburg, SCP R2022 heard a conversation of two NS drivers in dutch, which one of them was talking about TRAXX locomotives and described them as "unreliable pieces of scrap." This statement angered the subject and after driver entered the track in front of the subject, subject charged on driver at high speed. Driver noticed the charging subject and jumped aside to the left avoid being hit, although the subject's bumper hit the driver's right lower leg, breaking the tibia and dislocating the knee. Subject stopped after charge, went back to injured driver and cursed loudly at him. Driver was bond to the wheelchair for two weeks and fully recovered. Audio trancription of the video catching the incident

16:30:10 - Driver waves at his colleague and procceds to enter the track in order to get on the other side.
16:30:12 - Driver looks on his right loudly excaiming: "Wel verdomme?!" ("What the hell?!")
16:30:13 - Driver jumps to the left, SCP R2022 wooshes forward in camera's FOV and hits driver's right leg
16:30:15 - Driver lands to the left of the track in pararel position. Grabs his right leg and screams loudly in pain then exclaiming: "Wat in godsnaam was dat?! Is dat ding uit zijn gedachten?!" (What the hell was that?! Is that thing out of its mind?!)
16:30:22 - SCP R2022 reverses back to camera's FOV and tells something to driver. Although on the record, the speech was incomprehensible, due to slightly distorted audio, it was later discovered, that SCP R2022 was saying all possible curse words in dutch and then saying to driver: "Laat dit een les voor u zijn! Jij snitch!" ("Let this be lesson for you! You snitch!")

Addendum R2022-3: 2 days later after incident R2022-A, the interview with SCP R2022 was held for investigation of the incident. Interview was led by high rank NS driver personnel named [Redacted] otherwise known as "Brozma," due to fact, that driver knew SCP R2022 a lot and thought, he could convince it for admitting. The interview was led in czech, because of it being Brozma's native language and SCP R2022 was able to speak it aswell, although it was translated to english.

Brozma: Snad ne. Mimochodem, proč ses proti němu rozjel? (I hope not. By the way, why did you charged at him?)

SCP R2022: Rozzuřil mě, prostě mě tak vytočil, že sem mu to nechtěl nechat projít, a když přecházel trať, nenapadlo mě nic jinýho než se proti němu rozjet a dát mu lekci. (He made me mad. He just made me so furious, that I wanted to not him get away with that, and when he crossed the track, I wouldn't think of anything else besides charging at him and teaching him a lesson.)

After the interview, the SCP R2022 was taken to depot siding in Molenwijk depot at Rijndam and secured.

End of the recording
If you want to make a very fast ride, just disable ATB/ZUB, put trottle to 1.00 and enjoy.
In my Avatar is a Logo of a Prague metro.
Sorry for my bad English. I am Czech and i am learning English
Top

I read all of that, you should really make that an actual SCP on the wiki.
CEO of Metro Sim Walks, Simvliet and Rijndam Walks

That's not easy. Writing SCPs on oficial SCP wiki has strict rules and special formation, which is too dificult for me.
If you want to make a very fast ride, just disable ATB/ZUB, put trottle to 1.00 and enjoy.
In my Avatar is a Logo of a Prague metro.
Sorry for my bad English. I am Czech and i am learning English
Top

True, but at least it can stay here, it's really good
CEO of Metro Sim Walks, Simvliet and Rijndam Walks

And no, I'm not begging for it to be added to the sim. It would be hella cool to drive my local metro though!
Check out my announcements for Metro Sim project.

I have a website and a YouTube channel! Check them out!
Feel free to visit my Discord server, Simulated Multiplayer.
Happy MetroSim-ing!
Top 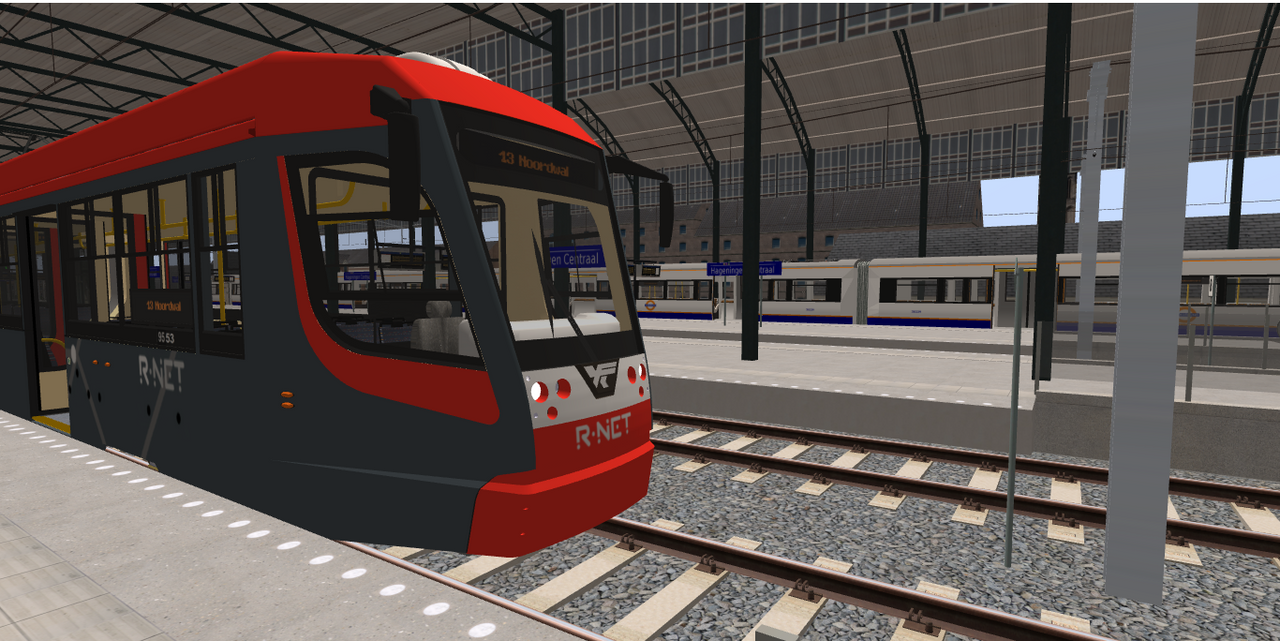 The New Tramline 13 to Noordwal in Hageningen Centraal

In the Background the Line D
Hi
Top 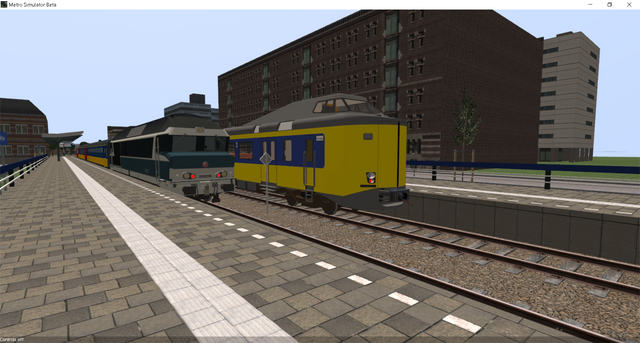