Everyone's been presenting their WIP projects lately, so I thought, why not do the same? During the past few weeks I have reworked a model of the MVG class A subway cars from Munich (and, technically, from Nuremberg as well) that I built in 2015 and 2016, but never exported from Blender as there was no real purpose for it back then.

The 193 class A units were built between 1971 (prototypes: 1967) and 1984 and form the backbone of the Munich subway system until today, due to various acceptance issues with newer trains and ongoing network and schedule expansions only about 10% of all units were retired by 2019. 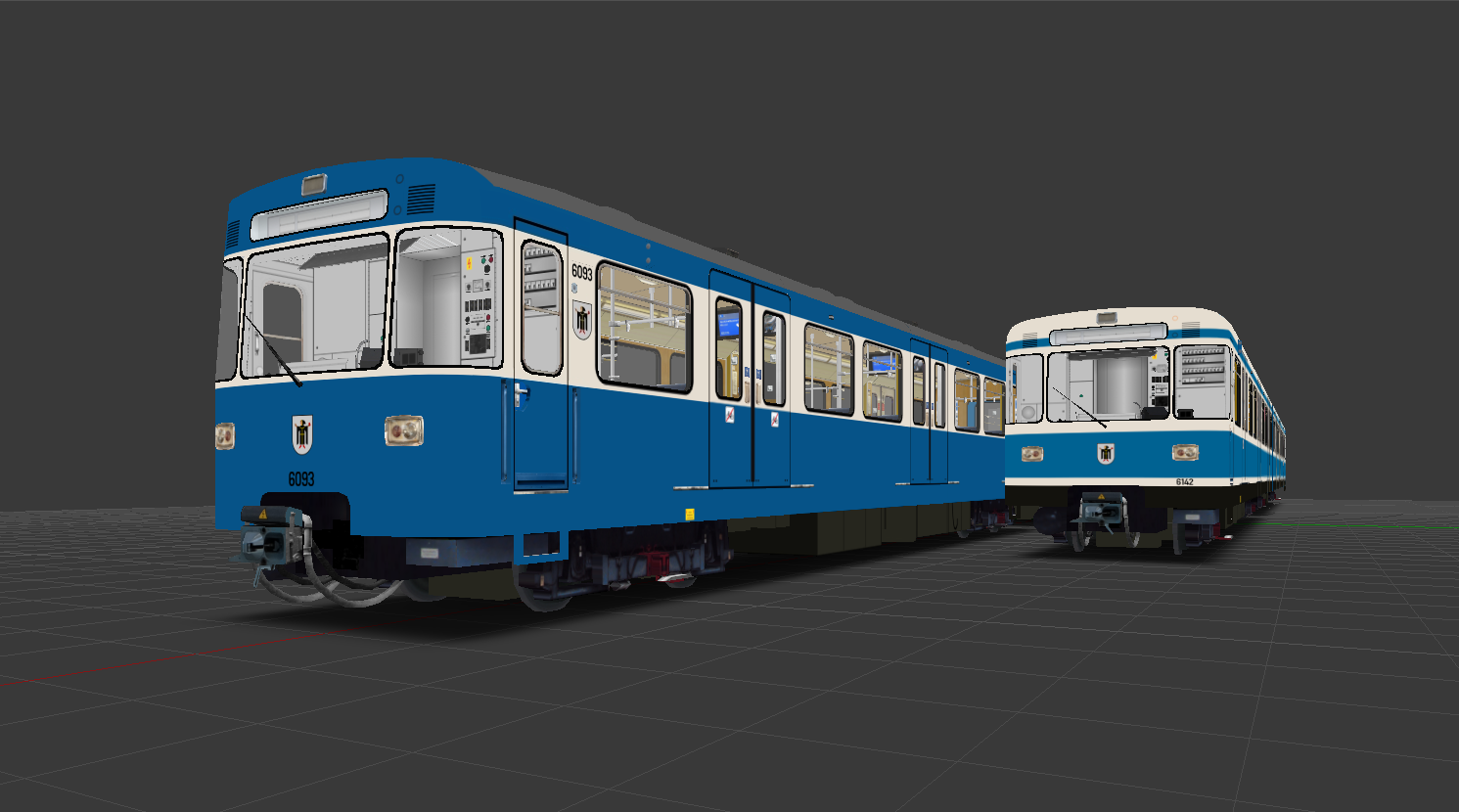 Included are the two different MVG liveries, the left one is the original livery from 1967 while the right one was introduced in 1981. 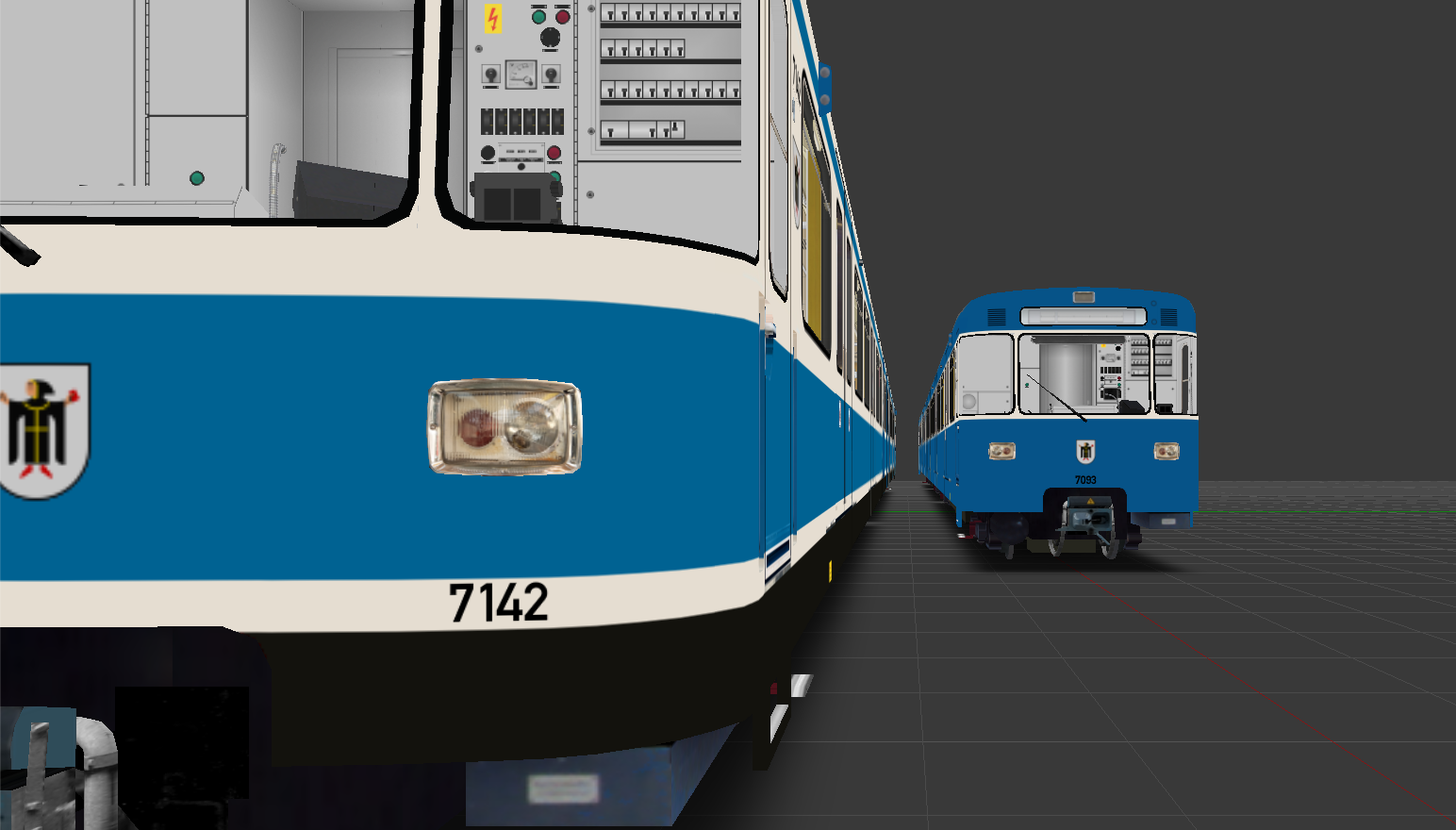 However, the new livery was only applied to most units of the first two batches (101 to 178) in the early 90s as the first part of a redesign that, in the end, never happened. All other units (091 to 093 and 201 to 371) were never repainted and are still in service with the original blue livery. 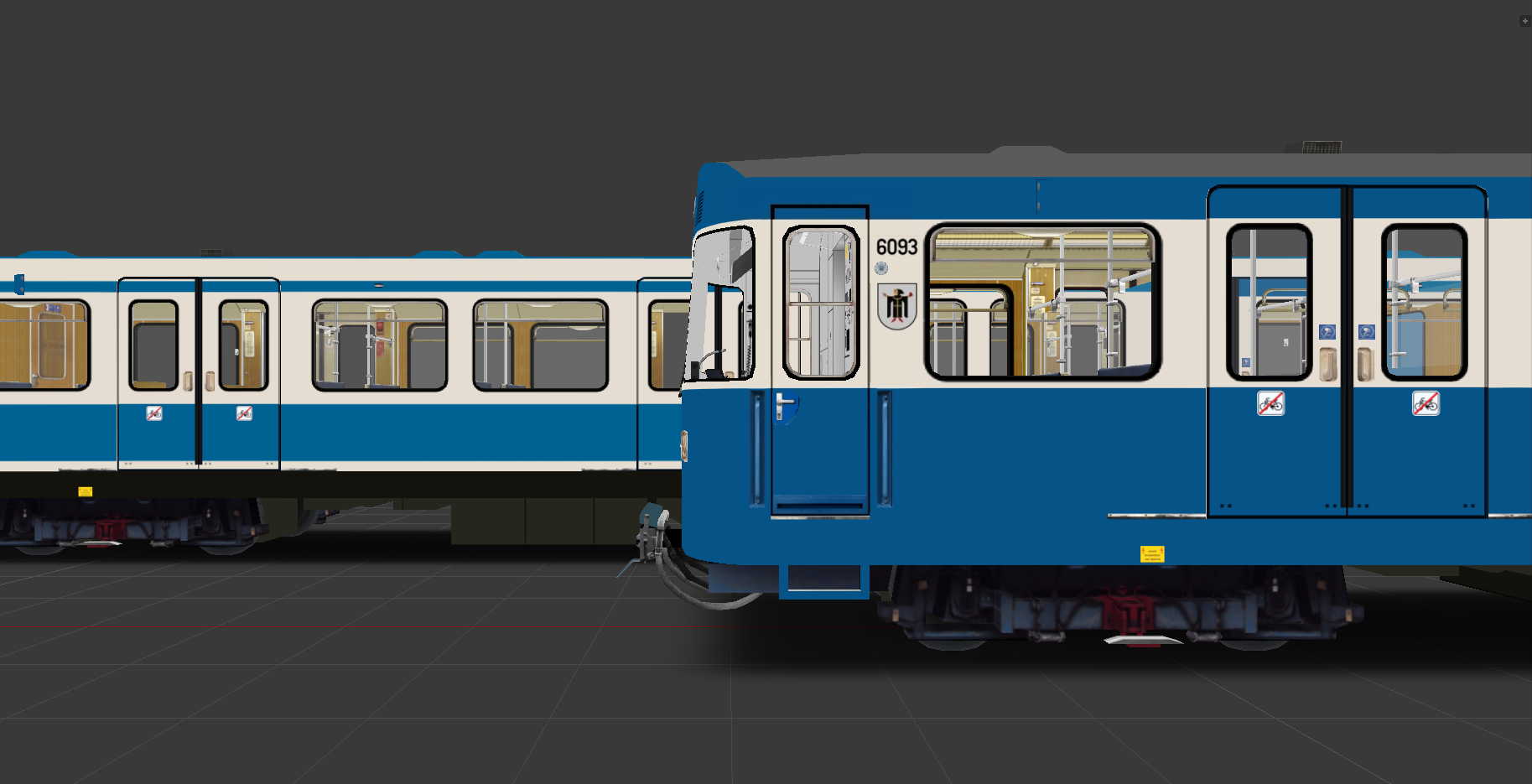 The class A cars feature a very simple, yet unique design. 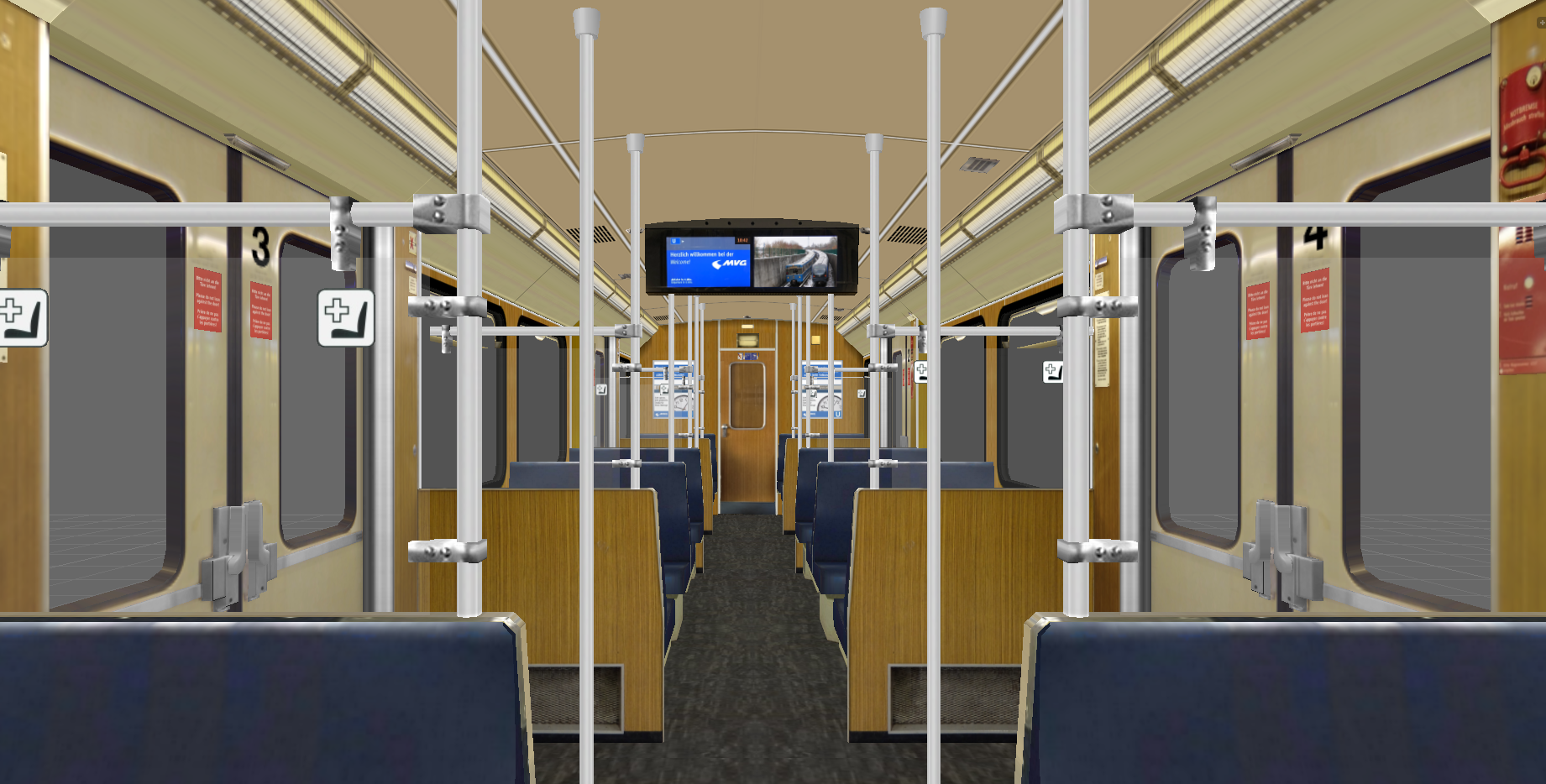 As mentioned, the interior was never redesigned - only slight modifications were made since 1967, such as the installation of door warning lamps in 2003 as well as information monitors and automated announcements since 2015. 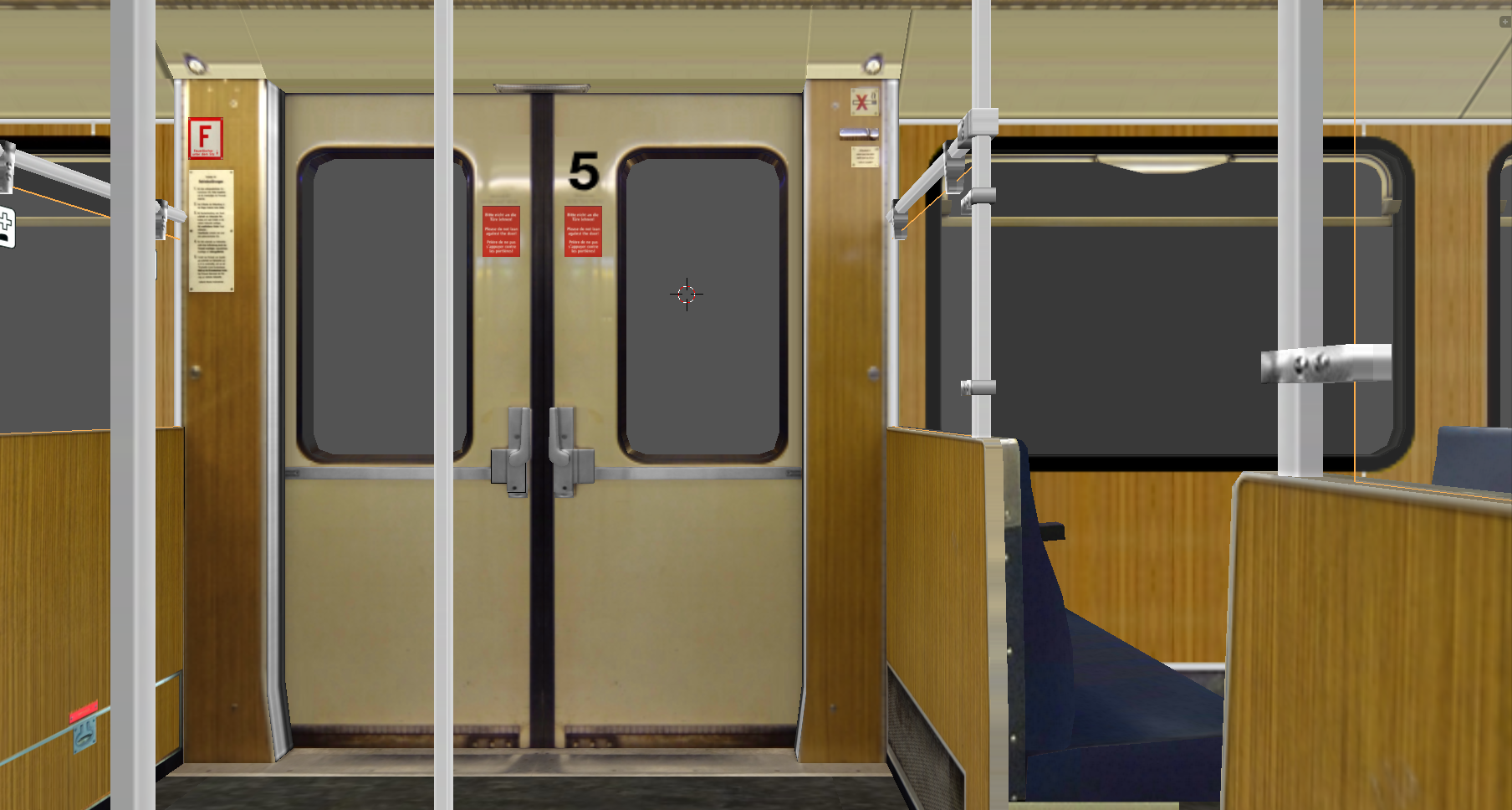 All doors are operated manually and - which is kind of unique - every half of a door has to be opened for its own. To open the complete door one has to operate both handles. 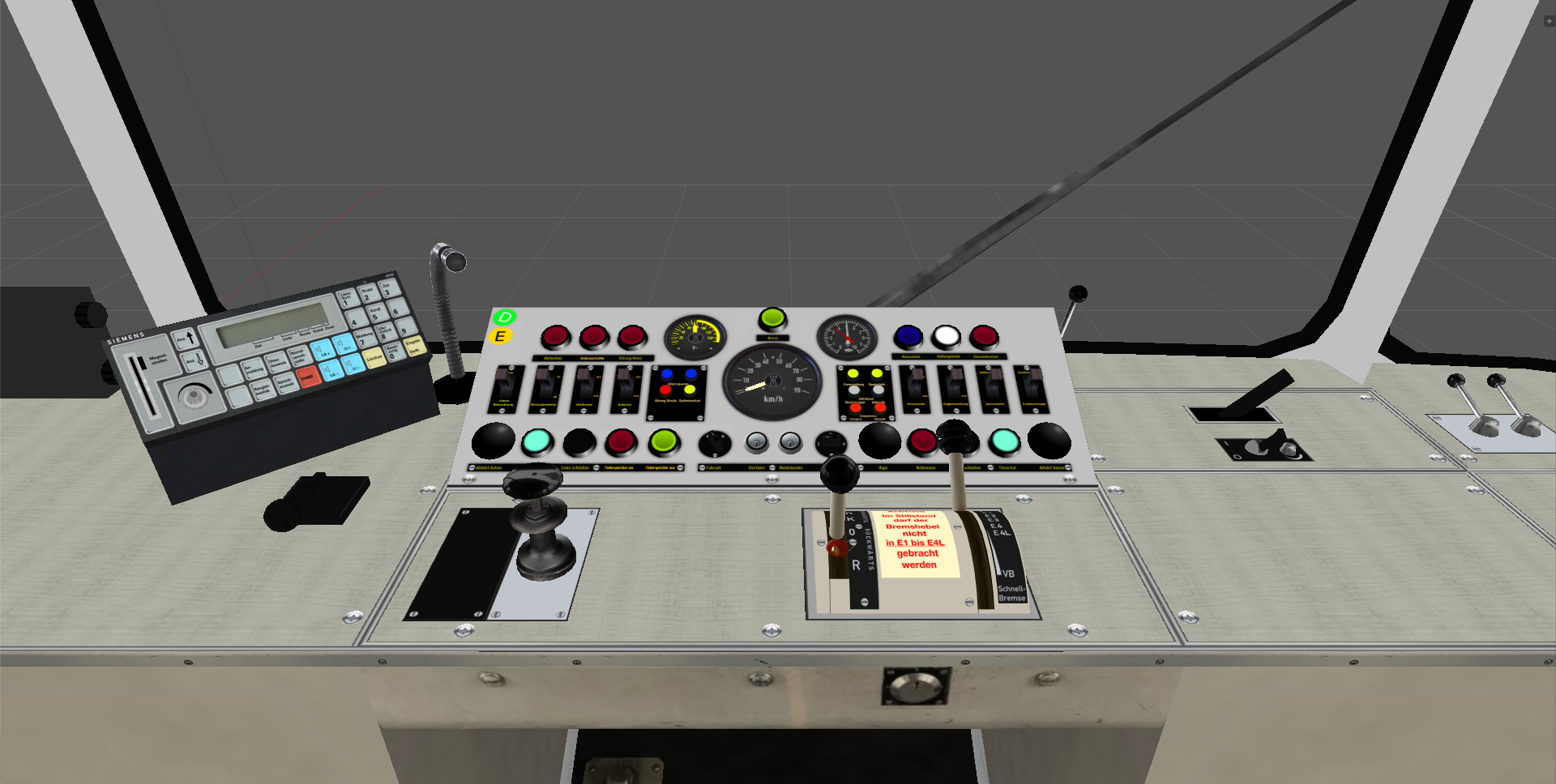 The cab console of an A car. The brake handle is on the right, the handle in the center controls the motor stages and the switch on the left accelerates the train when being pressed down. The two black buttons on the very left and very right of the console start the automatic departure as the complete Munich subway system is operated semi-automatic, using the LZB 501 system.
The note between the handles says "Do not move brake handle into E1 to E4L while train stands still" 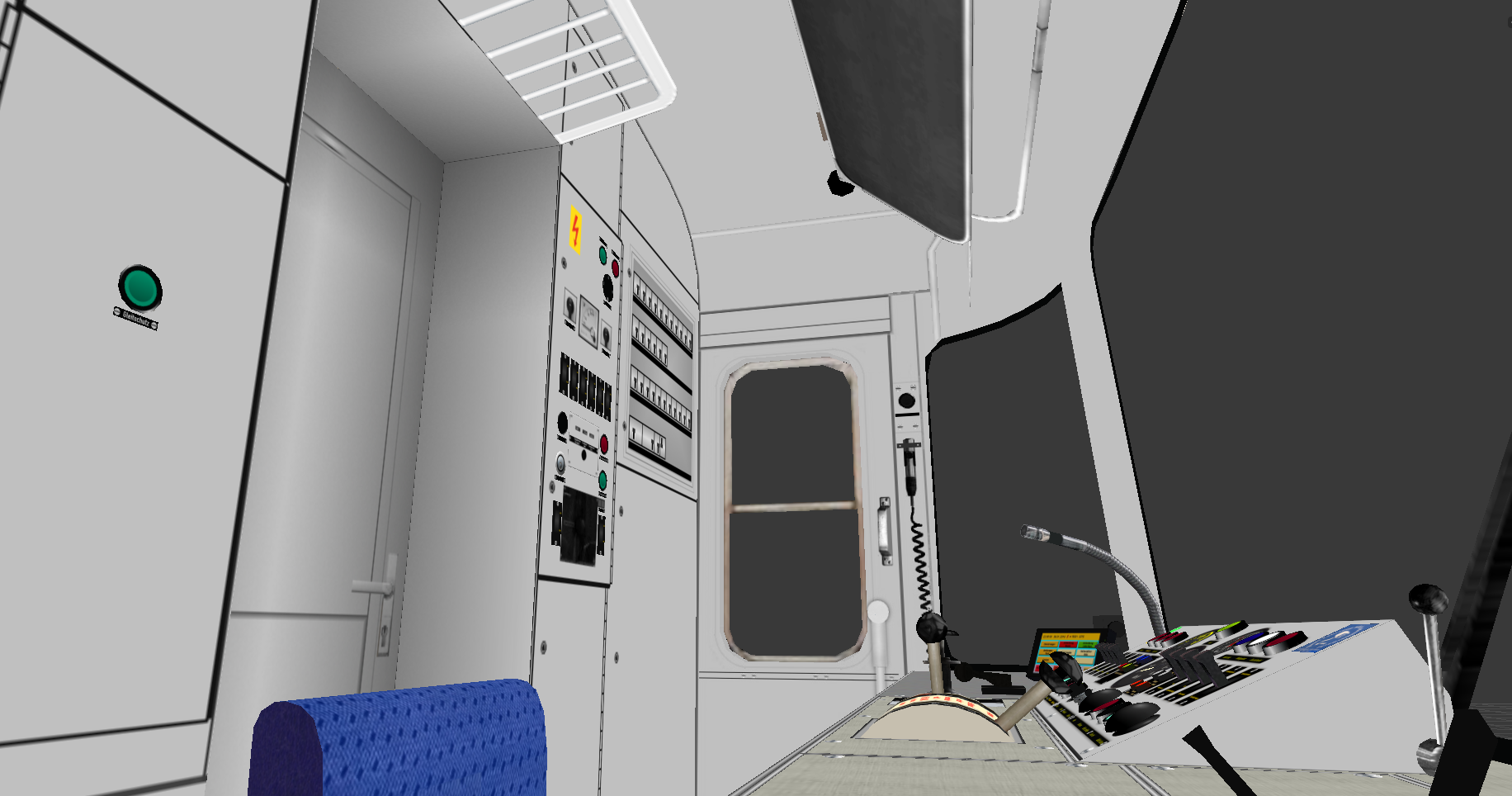 A look around the cab. Note the newer PSI console that is installed in all cars that are retrofitted with automated announcements. Theoretically the cab door to the car interior has a window, but in the first and last cab of a train it remains closed as the interior light reflects in the windshield, especially in tunnels.
Last edited by DT3-LZB on 02 Jun 2019, 11:01, edited 1 time in total.
Top

Nice. I want to see them in the sim, personally.
Top

That MVG Class A looks amazing

Looks very good! I want to see it in the simulator, too!
But class 420 looks better!

Metro simulator is the best

I would love to see these in the simulator

Thank you all for your nice comments

An implementation into the simulator is planned

@German player: I can relate, the class 420 is probably the best suburban train we ever had. However I'm afraid it'd be a bit out of place in a Metro Simulator

This is such a great model

When the HSM goes at that speed

The conversion to Metrosimulator is in progress...