Nice! These locomotives look great, remind me of the NJT ALP-46 in New Jersey.
SFMTA does not know how to run a metro system or light rail or streetcar.

Right. In fact, they are both made by Bombardier. They are truly siblings. I want to say they are twins.

Just for that, will these be made repaintable? Also, really want to say this will be ready for Beta 3.15 but I do not have authority. I really wish I do.
R.I.P America
Top

Rijndam Newsservice - The first E186 TRAXX locomotive has arrived at the Rijndam Molenwijk workshop. Here, Rijndam mechanics are installing and animating window wipers, pantographs, installing software for the driver panel, lighting, and working on a few other details. 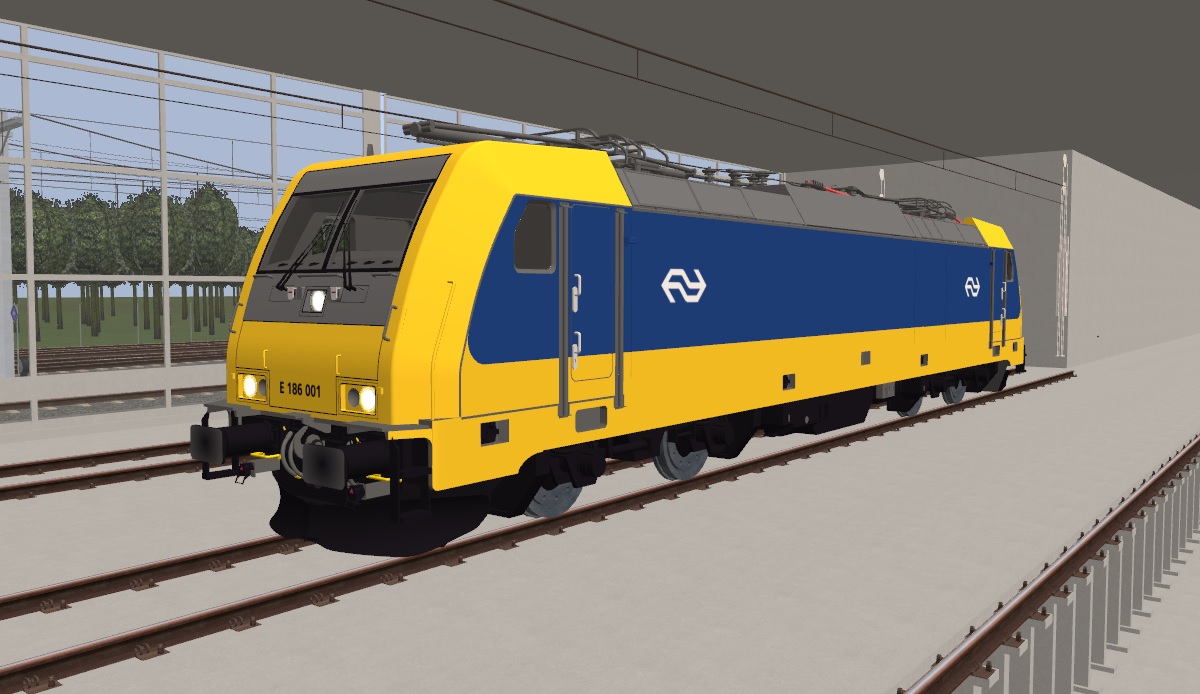 Ofcourse, when working on a train, testdrives are needed to make sure the latest modifications work properly. To aid in testing the locomotive, a few ICF carriages are coupled behind it.

Did you work with senjer or work alone on it ?
I like trains

It's Senjer's 3D-model.
I just offered to help with it.

Seems like you're the lead dev for the simulator at this point.

Just for that, will these be made repaintable? Also, really want to say this will be ready for Beta 3.15 but I do not have authority. I really wish I do.

It won't be possible to repaint the model at the moment. I'm thinking of putting another paintjob in but for now it's just the NS Traxx version. Due to some new futures in this loc it isn't possible to release this model before the next simulator update. As of now there is no date known for the next update release.


Did you work with senjer or work alone on it ?

As I got stuck on some things or wasn't able to get it the way I liked, I got some help from Sjoerd to get it worked out the best way possible and keep the project running. So it's the same project but with some great help from the Rijndam Mechanics

Excellent - What will they operate in Rijndam?
The Airport Train with the NS1700
Top
Post Reply
230 posts