Well, that took a few hours of R&D, but I did get a result 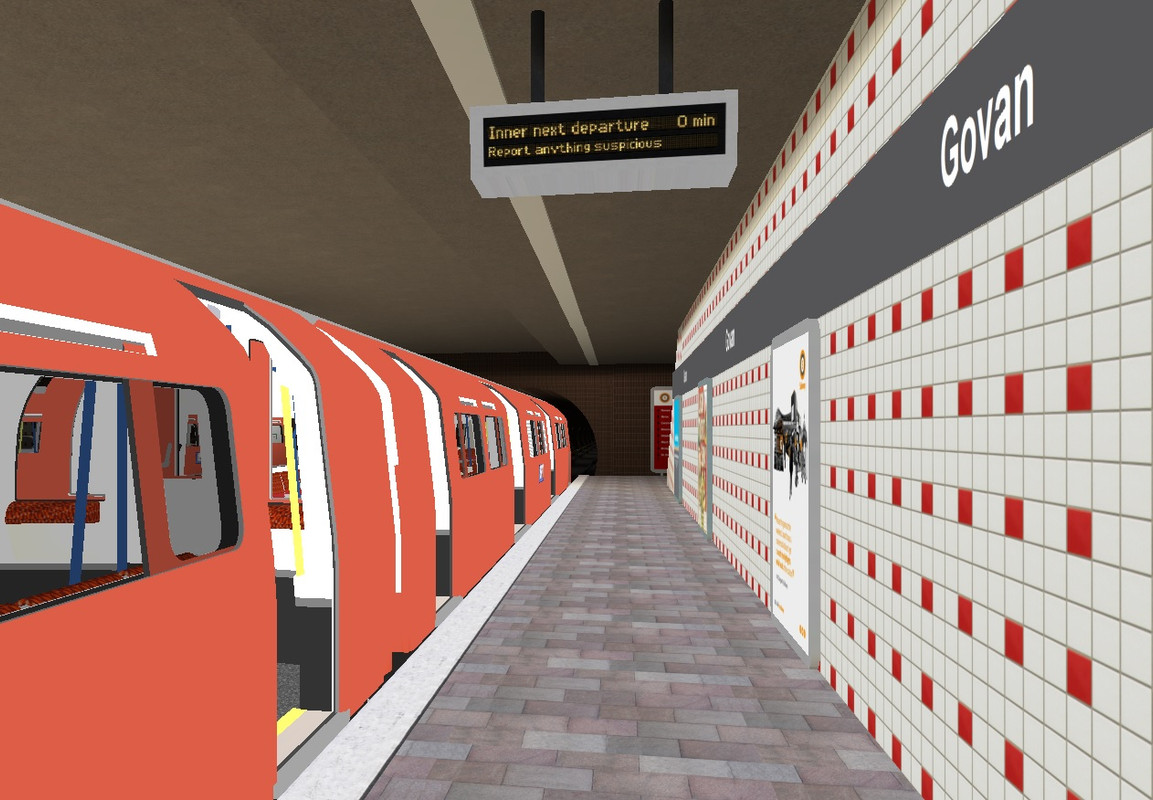 Nice work, really shows the progress in the sim! Can't wait to try this map!
Top

If you're making one in London, could you make the "Mind the Gap" announcements when the train is at a curved station and "Stand clear of the doors" when closing its doors? Here's an example:
https://www.youtube.com/watch?v=UOPyGKDQuRk

BritDriver wrote: ↑
23 Mar 2018, 20:22
If you're making one in London, could you make the "Mind the Gap" announcements when the train is at a curved station and "Stand clear of the doors" when closing its doors?

He's not making a London map but a Glasgow one.
Top

I know I'll be late, but there's a closed station, Merkland Street, between Partick and Govan. https://en.wikipedia.org/wiki/Merkland_ ... ay_station

Perhaps adding this closed station in the map, like s' Gravendijk, until 2018?

Here you may have more info about the station: http://www.disused-stations.org.uk/m/me ... ndex.shtml
Last edited by Alfacinha315 on 24 Mar 2018, 13:18, edited 1 time in total.
Greetings from Lisbon, the capital city of Portugal.
Top

@Sjoerd, if you need any help with the DRIM panels, here's a image used in the cover photo of @GLASubwayTravel account, on Twitter. https://twitter.com/GLASubwayTravel

And just for curiosity, here's the main account... https://twitter.com/glasgowsubway

Greetings from Lisbon, the capital city of Portugal.
Top

It's located between Partick and Govan. Just outside Partick, as this station replaces Merkland Street.

Don't worry; I did not forget about it

. I actually included it in the video on youtube, but the tool I used to edit it, Camtasia Studio, proved to be total crap

. On the "underground song" part of the video, it blacked out the Merkland Street scene (of a train passing trough it), and when the entire video was made, it started blacking out everything after just the first few seconds. A bit of research resulted in many complaints on different websites about this issue, and nobody (even the producers of the program) offering a working solution.

I was able to save the "underground song" part, but I had to find another editor to edit the rest of the video properly (had Camtasia worked, I would have released the video a few days earlier); I found VideoPad Editor, and it worked perfectly. But I decided to leave the blacked out Merkland Street scene, as replacing it in the new editor would have taken more time, and it seemed appropriate as the station is closed anyway

In the background (tunnel on the right) you can just see Partick.
Last edited by Sjoerd on 24 Mar 2018, 13:36, edited 2 times in total.
CEO of the Rijndam Electrical Transport company

Alfacinha315 wrote: ↑
24 Mar 2018, 13:08
@Sjoerd, if you need any help with the DRIM panels, here's a image used in the cover photo of @GLASubwayTravel account, on Twitter. https://twitter.com/GLASubwayTravel

As you can see on the top of the page; the DRIM panels are already finished.
Yes, I know on your photo it says "next arrival" (I have seen it earlier), but I decided "next departure" is just better; when it comes to people who enter a station to go somewhere else (and not pick other people up), the next arriving time is a pretty useless bit of information; you do not want to know when the train arrives, but when it departs. And if the train is already at the platform, "next arrival" could only apply on the next train, not on this one

. So that's why my panels say "next departure"

@Michiel; should you ever add snow to the simulator, you have a nice challenge ahead

I know it's Glasgow but is it possible to alternative sounds? The "mind the gap" one is an immediate example to me