Now that the connecting switch issue is solved, I followed the SPT video and cut the testtrack connmection on the Broomloan depot end. The remaining bit of the track here is still enough to be useable to shunt trains between the workshop and car sheds.

Behind the fence.... The testtrack for testing the new trains (test facility at the other end under construction...) 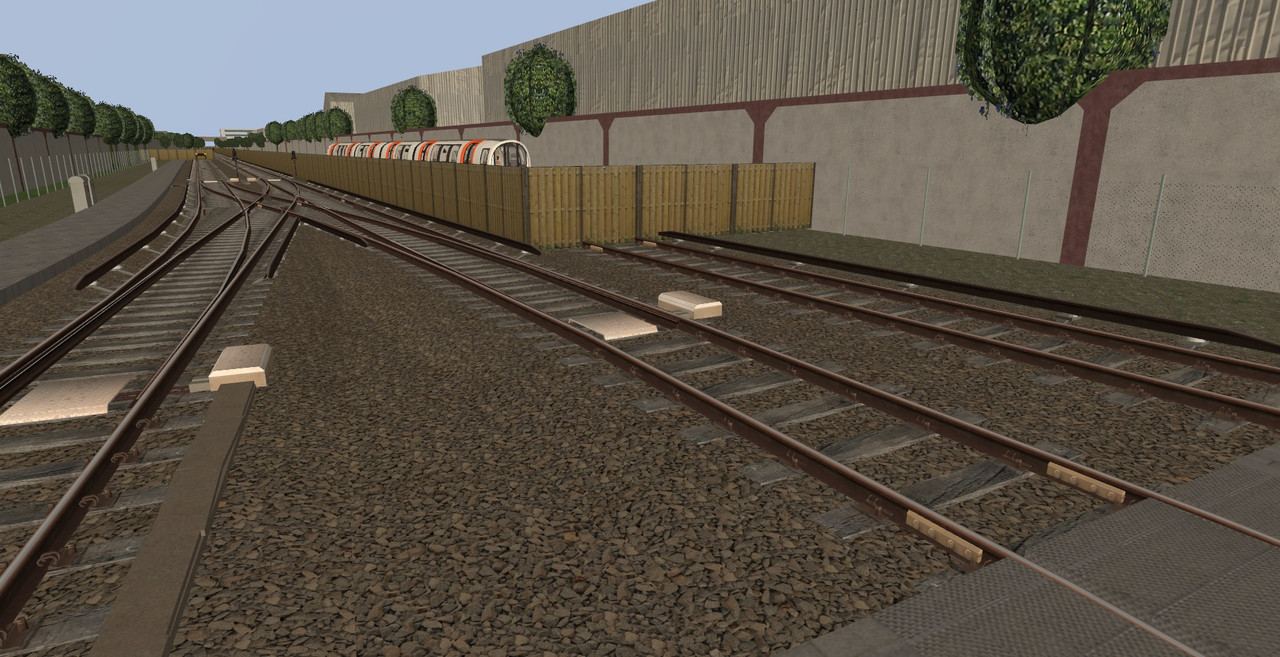 Sjoerd wrote: ↑
29 Jun 2020, 15:34
Now that the connecting switch issue is solved, I followed the SPT video and cut the testtrack connmection on the Broomloan depot end. The remaining bit of the track here is still enough to be useable to shunt trains between the workshop and car sheds.

Behind the fence.... The testtrack for testing the new trains (test facility at the other end under construction...)

The fence, separating the testing zone for the new trains and the operational SPT depot has been placed. The gates can be opened by setting a path in the CVL. 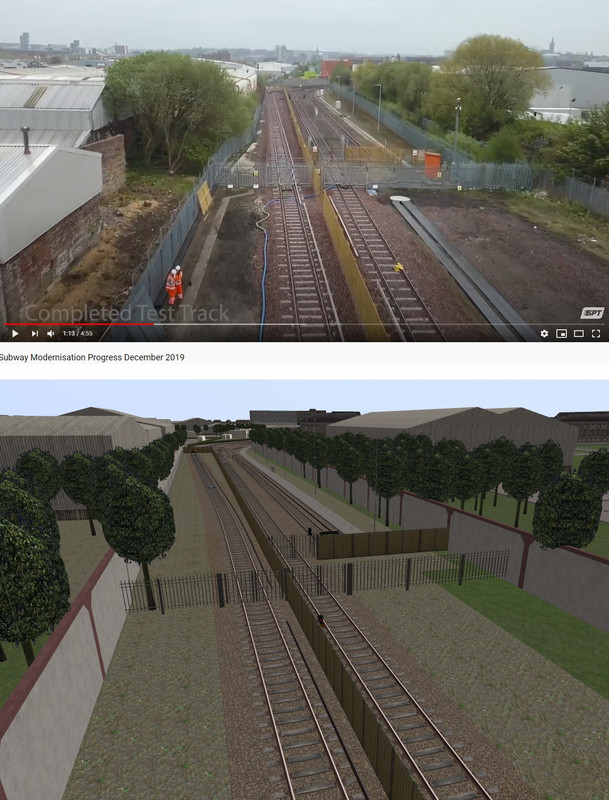 which side is there to test the trains?
A German Train Simulator Gamer!

I'm probably asking from a very ignorant point of view, but, why is necessary to build a specific section of track just for testing the train? And what will happen to it once the tests are done? Will it become part of the depot, or it's getting removed? As you can tell I know nothing about this subject, but last year when I bought the Isle of Wight addon for Train Simulator I did a brief research about the converted 1938 London Underground stock they use, and I read those trains were tested on the regular rail newtork in mainland Britain, and later brought to the island.
Top

The Glasgow subway has a busy service during the day, and during the night maintenance crews go in. So there's not much opportunity to test the new trains on the line.
And as the Glasgow subway has a unique track gauge (1219mm), the trains can't be tested near Stadler's factory. But there is a testtrack at the Glasgow depot, with an area of empty space at the end.... Ideal; they just extended that existing test track, and build a few sheds at the end of it. So now they can test the trains (with do disruption to normal service, as they have their own track), right next to the customer (the SPT, who has ordered the trains from Stadler).

And if they are far enough along in the proces, they can easily extend to (coördinated) tests in the tunnels. Especially as they will also be upgrading the signalling system on the line. So if they start working on that, they have everything at hand to test both train and signalling, and those two together (but that will probably require shutting down service for some time; installing a new signalling system en testing it doesn't happen overnight).

What happens after the testing is complete and the trains are in service? Personally; I would keep the extra tracks in place. Still a great place to test trains after maintenance, and also..... an 800m museumline to preserve one of the old trains on?

(nb. In the simulator, I am using standard gauge track. Creating new narrow gauge tracks, and expecially the switches, is really a lot of work!)
CEO of the Rijndam Electrical Transport company

Ah, so the subway in real life has it's own track gauge. That explains most of it. I understand that making custom gauges in train simulation isn't really worth it unless the track gauge is really small (1000mm at most) compared to standard gauge to be really noticeable.

I've watched Geoff Marshall's video on the new rolling stock, apparently in the future the new trains will be fully automated operation but for the first couple of years it's going to remain driver-operated. Are we gonna see changes in the signalling of the route?